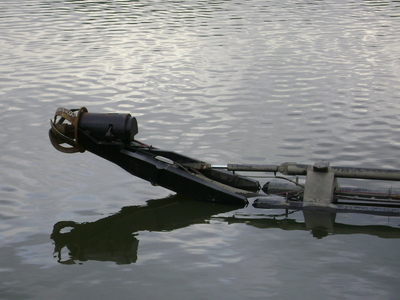 During this phase, the sediments at the base of the large lagoon were levelled with the dredger to provide a level surface in preparation for the installation of the geotextile sheet. The sediment was treated during the dredging process to encourage rapid resettling.

Significant amounts of algae were identified in both lagoons and prior to dredging the algae had to be removed. It was then de-watered and used as composting material mixed with topsoil and placed on the eastern bank of the site.

Wastes potentially contaminated with phosphorus, for example the geotextile from the trial, have been retained on site, in line with the waste management licence.

The image below shows the head of the dredger cutter. 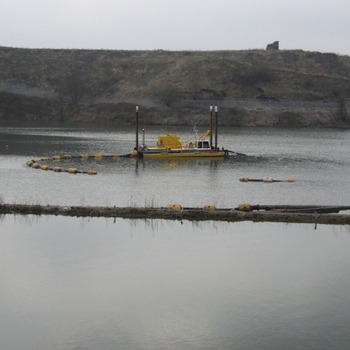 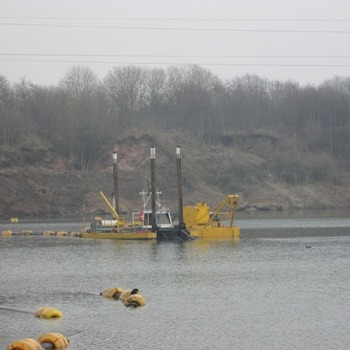 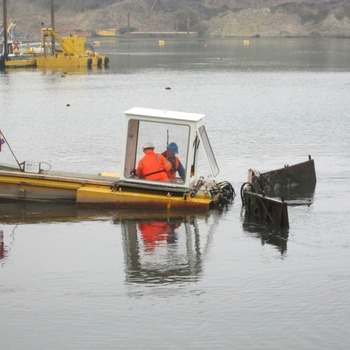 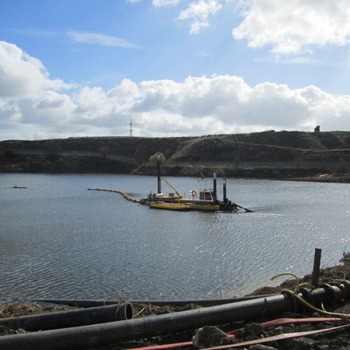 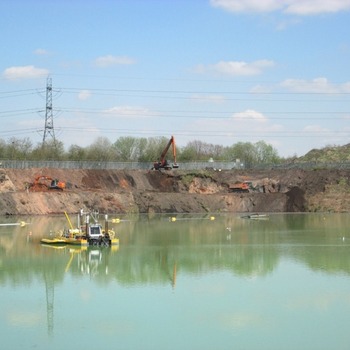 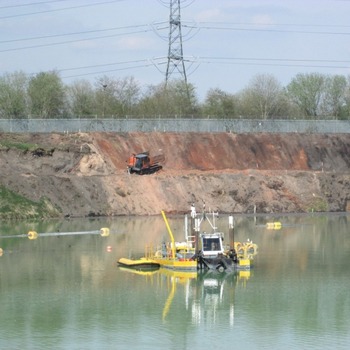 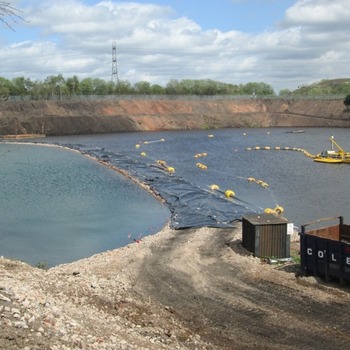 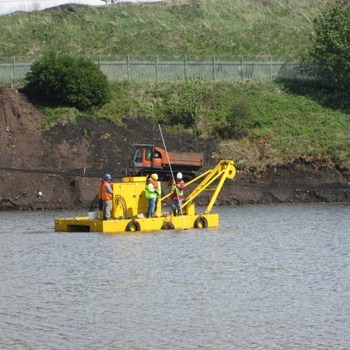