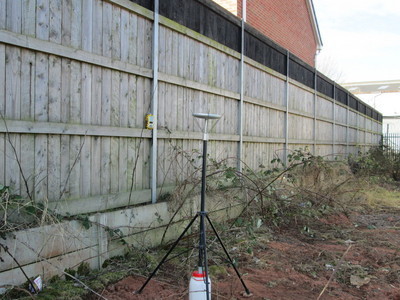 Work undertaken by the Health Protection Agency and reported on in June 2012 established that the site does not pose a health risk to people living in the vicinity of the site. We are required to ensure that any work we undertake at the lagoon does not change this.

During the life of the project, we were constantly monitoring the site for dust, phosphine gas and chemicals called volatile organic compounds (particularly benzene and other hydrocarbons) and noise. Specialist consultants ERM, the project managers for these works, also undertook background monitoring readings to act as a baseline to compare with readings obtained during the works.

How and when were they monitored?

Prior to the works phosphine monitoring was undertaken by ERM in June 2011 and repeated again in September/October 2011.

During the works, permanent monitoring stations were set up particularly to the south of the lagoon which continuously monitored for phosphine gas and volatile organic compounds. These include dedicated MultiRAE Lite monitors which contain phosphine sensors (0.01ppm (parts per million) resolution) and VOC sensors (1 part per million resolution). Spot sampling around the lagoon and near any contractors' point of contact was also completed duration of the project.

During the duration of the project, the health and safety of our neighbours was of the utmost importance to us. We had in place strong management systems to safeguard neighbours' safety and that of our contractors working on site.

There were occasional incidences of odour releases during the dredging period of works. We completely understand that this may have resulted in some uncomfortable effects for neighbours and we are concerned about this. Now the environmental improvement works are complete we do not expect any reoccurrence, but urge you to contact us if you have concerns.

Over the summer months of 2013, the site saw the delivery on average of approximately 40 deliveries a day during working hours from Monday to Friday, and also on Saturday mornings, to bring sand for completion of the cap.

There were strict protocols in place for management of these deliveries to ensure that the health and safety of our neighbours, as well as our contractors, continued to be our utmost priority.

Noise on the site was also continually monitored, to ensure that the site maintained acceptable levels.

During the duration of the project, we continued to pro-actively minimise noise levels where possible, not just to remain within statutory levels, but because we were eager to cause as little disruption to our neighbours as we reasonably could. This included ensuring that the long arm excavator and dumper were parked further away from houses, to reduce noise at the start and end of each day, as well as reducing vehicle traffic along the southern boundary road where possible.

We recognised that dust could be a problem, especially during the drier summer period. Our aim was to minimise dust generation and its impact on neighbours, and we operated dust suppression measures during the duration of the project. These included water spraying on the site haulage road (i.e. the road between the lagoon and the boundary closest to the housing estate) and the use of a road sweeper on John's Lane. Wood chippings were also spread around the compound area to reduce any dust that could have been generated in this area.

In order to maintain appropriate water levels within the lagoon, the site has an authorised Discharge Consent from the Environment Agency which permits pumping from the small lagoon into the canal. The lagoon is regularly monitored to ensure water pumped into the canal complies with the site's Discharge Consent. Recently the pH level has been slightly elevated which has prevented any pumping. The aim of the scheduled dosing programme (due to take place at the end of January/beginning of February 2014) is to lower the pH to within the Discharge Consent limits. The pH level will continue to be monitored. Only one dosing event is currently scheduled.